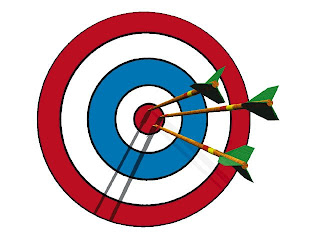 But in all my orgasmic happiness while viewing the very-public Republican autopsy being performed in the media, I saw some very disturbing analogies that may impact the fortunes of my guy, Sen. Obama, as he reaches for the Presidency.

Politico.com is running a story on the lack of minority outreach by the Republicans. Authors Jim VandeHei and Josh Kraushaar are citing key “icons” of the party (Jack Kemp and J.C. Watts), noting that the establishment has abandonded the party’s call as a “Big Tent” that includes all walks of life: Says Watts:

“In 1994, when I first ran, we had 14 African-American Republicans running for Congress. … I was the only one that won that year, but we had 14, and we had some good candidates,” said former Oklahoma Rep. J.C. Watts, one of the party’s most recognized African-American voices. “I am grateful for what Ken Mehlman did when he was RNC chairman, but I knew that wouldn’t last — that was one person. I’ve never gotten the impression that it was institutionalized.”

VandeHei and Kraushaar note several factors in the lack of commitment: lack of a history for recruiting and supporting diverse candidates; the poor environment for Republican candidates overall (economy, Iraq war, scandal, etc.); the lack of resources and a lack of candidate likeability. On lack of history of effective recruitment:

The party has done slightly better with Cuban-Americans and Hispanics in recent years — Cuban-American Sen. Mel Martinez of Florida recently served as RNC chairman. But the GOP remains a white-dominated party elected overwhelmingly by white voters.”

In all fairness and honestly… Craig has been the modern-day ‘Chicken Little’ on this issue for years, telling anyone who would listen about this problem and how to fix it. But he’s right… the Republican Party has not done enough to capitalize on its opportunities to recruit and retain more people of color. Whether its a question of commitment or resources or what… I don’t know. But the lack of effort is obvious.

The bigger issue – the issue that impacts Obama – is likeability. The post notes the GOP efforts in 2006 to strongly support efforts to elect three highly popular, likeable black Republicans in races that had significant national exposure: Michael Steele of Maryland, for the Senate; and Lynn Swann of Pennsylvania and Ken Blackwell of Ohio, for governor. Despite all of their positives (good press, good connections, party support, etc.) all three lost — BIG. Why?

Obiviously, the Republicans in each state did not have much of a problem with electing these men as standard bearers for their Party. However, the question remains whether race trumped party for some people of color (and vice-versa for white Dem voters). The Republican ‘label’ may have signaled to minority voters that these candidates where somehow untrustworthy in supporting key issues. Additionally, each candidate obviously did not garner enough support from white voters to achieve victory. Granted, each candidate had his own challenges (poor polling begin one), but they were cosidered viable candidates that, if the voter crossover had been effective, would have meant Republican victory.

KEY QUESTION: can the same thing that happened to Steele, Swann and Blackwell happen to Obama?

The answer to this question will have significant import for Obama as he strives to be the Democratic standardbearer in the 2008 presidential election. Can he depend on white democrats to support a black candidate? The evidence from Kentucky, West Virginia and Ohio suggests that Obama will have significant trouble earning the support of less well-off white voters. Some questions:

* Were Republican voters that sophisticated that they would vote for a minority in the primary and vote for the white candidate in the general election?

* More importantly, will this happen to Obama in the general election, with white voters supporting him in the primary and then defecting to McCain in the fall?

I do not know the asnwers, but it seems that the Obama camp would do well to spend some energy dissecting the electoral misfortunes of Steele, Swann and Blackwell to find out who left them – and why.

I think what Obama will find is that white Democratic voters were, and still are, the key to his electoral fortunes, and he must do whatever he can to address their concerns of likeability and trust in order to be successful. He can do this first by selecting a runningmate that signals to them that they are important and will not be forgotten… Sen. Jim Webb of Virgina and fomer Senator and VP candidate John Edwards are two that come to mind. Edwards is the popular front runner, but Webb is the more effective choice.