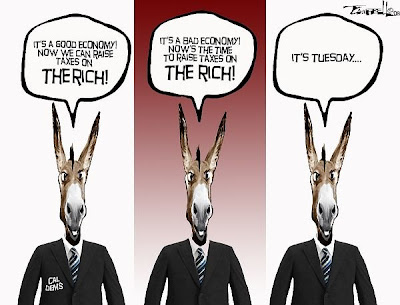 Yesturday, the California State Assembly debated the Senate Republican Budget proposal which balances the state budget without raising taxes. And as expected, Republicans are accussed of every evil under the sun from hating puppies to causing global warming to bringing about amagedon.
Click Here to watch the debate. (Fastforward an hour and 33 minutes to where the discussion actually starts.)