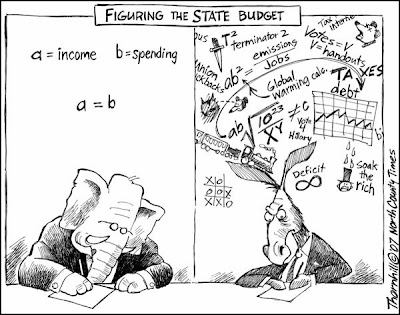 This evening, Assemblyman Guy Houston (R- Dublin) offered up AB 24X3 which would allow the Sate of California to continue to pay its bills during the budget impasse. As predicted, the Assembly Democrats voted overwhelmingly to not allow the measure to be heard.

This just goes to demonstrate the hypocrisy of legislative Democrats. They can no longer blame Republicans for contractors and employees not getting paid, as they have refused to even discuss a measure that would have allowed the state to issue checks to school districts and vendors while the Big Five continue to debate the budget. But we all know that Democrats count on the teachers and the poor to come to the capitol to pressure Republicans to vote for the budget. And that doesn’t happen if the money continues to flow.

So if you are a business owner who contracts with the state; a teacher or schoolboard member or a recipient of state aide who is waiting on the state to cut you a check STOP CALLING THE REPUBLICANS!!!!!!!!!