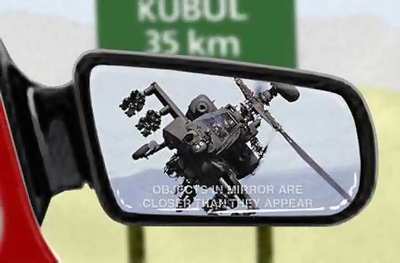 The video appeared to be recorded earlier this month, as it mentioned a call for a truce issued by Al Qaeda leader Osama bin Laden in an audio tape Al Jazeera aired in January.

The Pentagon announced today the formation of a new 500-man elite fighting unit called the United States Redneck Special Forces. These Alabama, Arkansas, Georgia, Kentucky, Mississippi, Missouri, Oklahoma, Tennessee and Texas boys will be dropped off into Iraq and have been given only the following facts about terrorists:

1. The season opened today.
2. There is no limit.
3. They taste just like chicken.
4. They don’t like beer, pickups, country music, the American flag or
Jesus.
5. They are DIRECTLY RESPONSIBLE for the death of Dale Earnhardt.

We expect the problem in Iraq to be over by Friday.