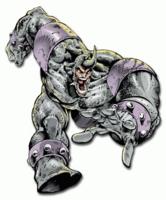 As 2006 campaigns begin to take shape RINOs (Republicans In Name Only) are taking aim, not at Democrats, but fellow Republicans. While this is nothing new, what is different is their willingness to use talking points provided by the liberal mass media.

On June 28th Carl Burton, President of the California Congress of Republicans (CCR) broadcast emailed “Blindly Fighting For the Right to Loose” by a liberal columnist with the Los Angeles Times. Then the very next day, GOP candidate for State Treasurer and Assemblyman Keith Richman sent out a similar article by Jill Stewart of the San Francisco Chronicle entitled “Why Dems Dominate State”. Both of these commentaries were published in liberal rags, by liberal columnists and blame conservative Republicans for the Democrat majority in the California legislature. No surprise here. But what is disturbing is that they are being circulated by leaders in the California Republican Party.

In the introduction to his email Richman comments:

Most Californians think political parties are established to win elections for their members. Yet the attached San Francisco Chronicle column, Why Dems dominate state by Jill Stewart, details how some of the most conservative members of the California Republican Party work against the mainstream candidates best positioned to beat Democrats.

First of all, let’s not confuse RINOs with ideological moderates. I have no problem with ideological moderates. While I may not always agree with them, these are individuals who’s positions on the issues are based on what they truly believe to be right. Contrary to Richman’s assertion, political parties are established by like-minded individuals to promote a common political philosophy. If he can’t support that philophy, then maybe he is in the wrong party.

But this attack on conservatives is not based on the merit of their principles. Rather, it is based on the RINO theory that compromising on our party’s principles is the only way we win elections in California.

…instead of drafting non-ideologues capable of winning statewide races and rebuilding the party, GOP activists are doing what they do best: taking position in the circular firing squad.

What is a non-ideologue? It is someone who does not advocate for an ideology or specific set of principles. The National and State platforms for the Republican Party are clearly Pro-family and Pro-life. There is no denying it.

So, is Mr. Richman saying that in order for Republicans to win, we must sacrifice our principles? Does he truly believe that it is more important that our candidates win than that they represent the principles of our Party?

…the most conservative members of the California Republican Party work against the mainstream candidates best positioned to beat Democrats.

If moderates want to promote their centrist ideology, they should feel free to go right ahead. Heck! That’s what primary elections are supposed to be about, an opportunity for candidates to share their values and their vision with GOP voters in an effort to win their support. But I wonder if moderates ever considered the fact that maybe they reason they aren’t winning these Republican primaries is because their views are not truly mainstream?

For example: How are Republicans supposed to take seriously candidates like Steve Poizner. This GOP candidate for Insurance Commissioner gave $10,000 to the 2000 Democrat recount effort and $2000 to John Kerry. As a matter of fact, I am not even sure he endorsed George W. Bush for President in 2004. Even if we look past his pro-abortion, anti-marriage, anti-war views there is very little about Mr. Poizner that would cause one to confuse him an actual Republican. He is as close to being a Democrat as one can get without actually being one. He is a RINO in the truest sense of the word.

Then there is Keith Richman. Although not quite as out there as Poizner, has established a liberal enough record to be dubbed “RINO of The Year” by TV and Radio commentator Larry Elder. He has supported tax increases when not other Republican was willing to do so (Not exactly smart for a guy running for State Treasurer) and was the only Republican to support a 2003 Father’s Day resolution by homosexual assembly members which was meant to trounce traditional marriage The sad part was, he was the deciding vote (41-21 with 17 abstentions). But even worse than his liberal positions on the issues is his insistence that the only way for Republicans to win is to be like him. And groups like the California Congress of Republicans are falling into this same mindset.

CCR has plenty of ideological moderates who believe in core Republican prinicples, but differ with conservatives on some high profile policy matters. I know this because I was once an active member with this group, as a board member and editor of the newsletter for the Sacramento Chapter. During that time, I felt at home amongst moderates and conservatives who believed in the organization’s big tent mission. But today is a different story.
Many in the leadership of this group see conservative Republicans as the enemy. I encourage the members of CCR to beware of charging RINOs in their mitst. Lest they become like the New Majority, the California Republican League and the Log Cabin Republicans; groups that seek to undermine the core values of the Republican Party… All in the name of winning!

Memo to “non-ideological” moderates (aka RINOs): The battle cry of “Vote for me if you want to win!” doesn’t inspire anyone (Just ask Dick Riordan). Winning for the sake of winning is worthless, especially if you have to give up your principles in the process.

P.S. This strategy of quoting far left columnists in order to endear yourselves to those of us who DO support Republican principles….Bad Idea!