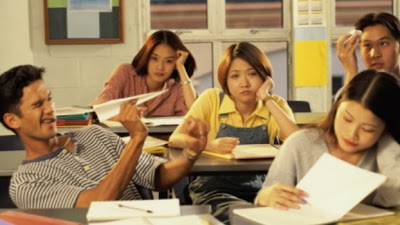 Currently, the State Legislature is in its Fifth Extraordinary Session, which was called by Governor Schwarzenegger to implement reforms to our educational system that would make our state eligible to compete for over $400 million in federal “Race To The Top” education funds. But, when given an opportunity to make substantive change for the better in California’s education system, the California Assembly’s Education Committee chose to side with those who have destroyed the system in the first place.
On a 6-5-6 vote they shot down SB X5 1 (Romero), which was a bipartisan effort supported by scores of education advocates, school districts, educators and business leaders. Conversely, they approved AB X5 8 (Brownley), which is little more than a union backed attack on California charter schools.
Romero’s SB X5 1 was largely about bringing greater accountability and flexibility to education in California. It removed the cap placed on the number of charter schools that could be established; allowed student performance data to be utilized in the evaluation of their teachers; established an “Open Enrollment Act” which permitted students to opt out of failing schools; required state education leaders to intervene in the California’s worst performing schools; permitted differential pay for teachers; and allowed for parent initiated school reform.
On the other hand Brownley’s AB X5 8 does the bare minimum to qualify California for Race to the Top funds, while at the same time takes a big swipe at charter schools, one of few education reforms that has actually made positive a difference in California. It puts in place new rules and regulations making it easier to deny successful charter schools the opportunity to expand or even to have their charter renewed. In effect, this bill makes it easier to get rid of a successful charter school than to get rid of a bad teacher.
One only need look at the support and opposition to Romero’s measure to know the true story. The list of supporters for SB X5 1 was extensive and diverse. Conservative and liberal advocacy groups; education and business interests; Black and Latino community groups all lined up in support of what they saw as real reform. The only opposition to the bill was the union controlled Education Coalition members and other public employee union groups. Romero’s bill was so comprehensive, that Republicans and Democrats alike voted for it. And most of those who did not vote for it couldn’t even bring themselves to vote against it; choosing instead to abstain or not vote at all for fear of reprisals by the California Teachers Association.
Through it’s actions, the Assembly Education Committee made it clear that the rights and responsibility parents have to make decisions about what is in the best interest of their children comes second to the power of the state to control their children’s future; that status quo will trump real reform; that our children come in a distant second to the powerful union lead special interest groups. One can only wonder how the Democratic members of this committee will explain to their constituents why it is that their children’s schools, which are the most in need of reform, will continue to wallow in the culture of mediocrity.
Too many of our children are being failed by our public school system. If there was ever a time to set aside partisan differences, this is it. There is no greater crisis facing California for which the solution is so clearly evident. Accountability, flexibility and increased parental involvement are the keys to true education reform. SB X5 1 was written with this in mind. And nonetheless, it was summarily rejected by the legislature; by those who would put the special interests ahead of our children.
The voters of California are sick and tired of being sick and tired and it is actions like this that will continue to fuel the fire of a citizen’s revolt against the establishment. But it does not appear that the liberal controlled California Legislature is capable of much else.
Welcome to the revolution!