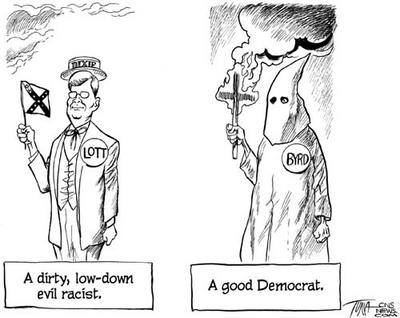 I have never seen so many conservatives come to the defense of the MSM! I must have struck a nerve.

Last week I posted a story featuring pictures Katrina survivors. In both photos the survivors were carrying food and water which they had obtained from local grocery stores. However, in one photo with two whites, the caption stated that they “found” their items, while the other picture with a young black man stated that he “looted” his stuff from a store. I entitled the post “Racist Media Reports on Katrina- Black People Loot, White People Find”

Originally my intention was to point out the hypocrisy of the left-wing media when it comes to issues of race. They claim to be so “culturally sensitive”. But this little slip up just goes to prove that even the PC police can make mistakes. You know, by doing things like calling American citizens Refugee’s in their own country!. Webster’s Dictionary defines Refugee as – a person who flees to a foreign country or power to escape danger or persecution.

But the plethora of explanations from conservatives defending the liberal media leads me to ask the question- Does Race still matter? As a black man and as a conservative, I definately have my opinion.

Before I write my thoughts, I would like to know what you think. Does race still matter in today’s society? Does it still matter to you?