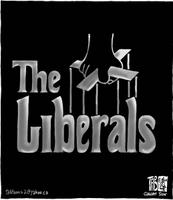 Yesterday, Assemblyman Mark Leno (D- San Francisco) had the nerve to be upset over Governor Schwarzenegger’s comments that Republicans are more interested in public safety issues than Democrats.

“(Leno) called Schwarzenegger’s proposals ‘not thoughtful,’ estimated that they could cost at least $500 million a year and said Schwarzenegger ‘owes every Democrat an apology’ for suggesting they’re less interested in public safety than Republicans.” (Sacramento Bee, August 17, 2005)

However, a closer look at his record suggests that it is actually Mr. Leno who should be apologizing to victims of crime and their families for his outrageous pursuit of greater rights for criminals and weaker sentences.

While helping pass such “tough on crime” proposals as condoms for convicts (AB 1677) and weaker penalties for crack cocaine (AB 125), Leno, as Chair of the Assembly Public Safety Committee, killed several victims’ rights bills including:

Mr. Leno is often one of a handful of legislators who continue to fight against strong public safety legislation, even after the bills clear his committee.

But Mr. Leno’s well-deserved reputation as a “tough on crime” leader did not begin when the sign company owner was appointed to chair the Public Safety Committee. In fact, his crime-fighting days go back to his tenure on the San Francisco Board of Supervisors.

Isn’t it ironic that Mr. Leno, who almost always supports out-of-control government spending and making it easier for politicians to raise taxes on working families, becomes a fiscal conservative when it comes to spending money on protecting women and children.

But all is not lost! Mr. Leno and the rest of the Democrats will have a chance to prove the Governor wrong, when the Legislature considers Jessica’s Law.

He will have the chance to help give law enforcement the tools they need to keep our families safe from dangerous criminals.

But don’t expect these “Girlie Men” to come through. ……(Governor’s words not mine!)

(Hat-tip to Assembly Republican Staffers for the talking points!)