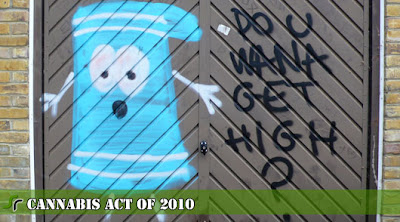 The California Conference of the NAACP has offered it’s unconditional support for an initiative that would legalize the recreational use of marijuana in the Golden State.
The Sacramento Bee reports:

In a news conference today, the California State Conference of the NAACP is due to throw its support behind the initiative to legalize marijuana for adults over 21, allow small residential cultivation and permit cities to tax and regulate pot sales.
In a statement, Alice Huffman, the state NAACP president, said the organization is backing the initiative, Proposition 19, to counter marijuana arrest rates that she contends unfairly target African Americans.
“There is a strong racial component that must be considered when we investigate how marijuana laws are applied to people of color,” she said. “The burden has fallen disproportionately on people of color and young black men in particular.”

The NAACP’s enthusiasm on this issue is not widely shared amongst African American leaders.

…(Ron) Allen, president of the International Faith-Based Coalition, a Sacramento group representing 3,600 congregations, said he is stunned the state NAACP would favor legalized marijuana.
“Most African American pastors are disappointed, absolutely disappointed with the decision,” said Allen, bishop of the Greater Solomon Temple Community Church in Oak Park. “If anyone should know the effects of illicit drugs in the black community, it should be one of our most respected civil rights organizations.”

The primary issue here is the fact that a greater percentage of blacks seem to be prosecuted for crimes involving marijuana than other ethnic groups.

“There is a strong racial component that must be considered when we investigate how marijuana laws are applied to people of color,” she said. “The burden has fallen disproportionately on people of color and young black men in particular.”

The problem is not that these young men are arrested for these crimes. It’s that they are involved in these crimes at all. If they did not have possession of illegal substances, then they would not be arrested for having them. And making that substance legal does not fix the underlying problem of drug usage and criminal behavior in the black community. If you want to reduce the number of young black men being arrested for possession, then get them to stop using and selling!
It’s hard to believe that this is the same organization that fought against the proliferation of liquor stores in the black community. I cannot believe they honestly support the idea of unleashing the plague of legalized drugs on those very same neighborhoods.