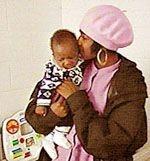 A Sacramento Judge ordered changes in the ballot statement submitted by opponents of the Parental Notification initiative on the upcoming special election ballot. Unfortunately though, their ballot argument still stretches the truth.

According the Associate Press:

Superior Court Judge Raymond Cadei refused to strike a voter guide statement made by the measure’s supporters that parental notification laws in other states had reduced teen pregnancy and abortion rates “without danger and harm to minors.”

He also ordered opponents to find other wording than to say that girls who sought a waiver from a judge would be put “on trial.”

But Judge Cadei did let stand a statement that “millions of concerned parents” oppose the initiate; even though the opposition offer no data to substantiate the claim. Additionally, the judge refused to replace the word “teenager” with the more proper term “minor” in their statement. The reasoning for the change was that the term teenager includes 18 and 19 year olds who are considered legal adults and not subject to this measure. But it leaves out 10, 11 and 12 year olds who are covered.

Abortion advocates want to pose this issue as a matter of “The government telling a woman what to do with her body.” But what Prop. 73 really does is protect a parent’s right to protect their minor child from harm.

Why? Because even liberals like Hillary Clinton and John Kerry support parental notification. (Don’t believe me? Read “This is about Parents’ Rights” )

They understand that it is not necessarily an abortion issue. It’s about Parent’s Rights.