Well this is an iteresting twist!

It turns out that the “Obama Bucks” cartoon was actually created by a liberal blogger in an attempt to “to poke fun at the unrealistic fears and agenda of racism that a fringe element of Republicans strongly embrace.”

Do you really buy this? Here are some other pictures on his site. 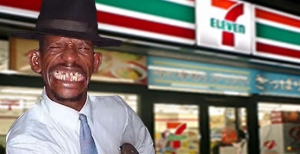 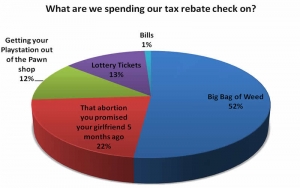 So what exactly is the social value of these pictures? Even in the context in which he places them in his blog, they do nothing more than promote racism.

I want to be clear…. The “Obama Bucks” cartoon is flat out racist. And the head of the Republican women’s group that included it in her organizations newsletter was wrong as the day is long. There is not excuse to propigate such hatefilled material.

But this liberal blogger is just as wrong for creating and posting it as she was for reproducing and distributing it.

Racism is racim. From the right or the left, it is still wrong!