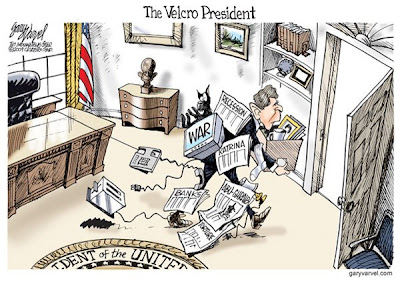 In his inaugural address, President Barack Obama proclaimed, “…an end to the petty grievances and false promises, the recriminations and worn out dogmas, that for far too long have strangled our politics.”

But clearly someone in his new administration didn’t get the memo. Below is an exerpt from the Whitehouse.gov, the official website of the President of the United States. Notice no petty grievences, false promises, recriminations or worn out dogmas here:

President Obama will keep the broken promises made by President Bush to rebuild New Orleans and the Gulf Coast. He and Vice President Biden will take steps to ensure that the federal government will never again allow such catastrophic failures in emergency planning and response to occur.

President Barack Obama will partner with the people of the Gulf Coast to rebuild now, stronger than ever.

It is great to see you talking the talk Mr. President. Now it’s time to start walking the walk.