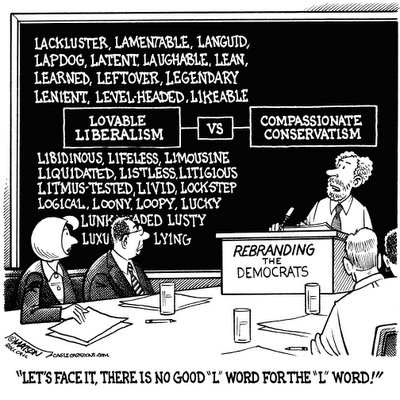 I have spent the last month speaking all over northern California on behalf of the California Recovery Team, promoting the Governor’s reform package. And needless to say, I have heard those on the liberal left who oppose the Governor’s reforms tell just about every lie they could to discourage voters from supporting these important reform measures.

So seeing as how I have just about heard it all, I thought I would debunk some of the most egregious of their false declarations.

2. Tenured teachers can be fired with no due process. Prop. 74 changes the process for removing an underperforming teacher who has already achieved tenured status. It states that if a teacher receives an unsatisfactory evaluation two years in a row, the school board will have the option to release that teacher without the usual waiting period required in the current process.

3. Education groups like the CTA and the CFT are opposed to it. The California Teachers Association (CTA) and the California Federation of Teachers (CFT) are not education advocacy groups. They are labor unions! Their primary job is to fight to increase their member’s salaries, benefits, job security and political power; not to fight for our children.

Prop. 75
1. It limits public employee union’s ability to engage in political advocacy. There is nothing in Prop. 75 that limits the unions ability to donate to political candidates, support initiatives or lobby the legislature. Additionally, there is nothing in the measure preventing their members from saying “Yes. You may use my dues for political purposes.” And if their members are as supportive of their political agenda as they say they are, what are they afraid of?

2. It imposes an onerous and expensive administrative process on unions. By their own admission, they already ask employees if they want to opt out having their dues go to politics and get their dues back. All Prop. 75 does is require them to get their members permission before they take the money out of their check.

Prop. 76
1. It gives the Governor “unprecedented” power to control the state budget. “Unprecedented” basically means that no governor has ever had this power. Well, prior to 1983, the governor of California had the ability to make midyear adjustments to state spending in order to keep the state budget in balanced. And prior to this power being negotiated away, California didn’t have ongoing structural deficits like they do today.

2. It allows the Governor to unilaterally cut education and transportation. First and foremost, Prop. 76 requires the governor to call a special session of the legislature if state spending exceeds projected revenues. And the legislature has 45 days to make the appropriate spending cuts necessary to get the budget balanced again. But if they do not act within that time, the governor can then make the cuts needed to bring spending back in line with revenues. So the legislature does have a say. Also, Prop. 98 does not suspend the 2/3 vote requirement of the legislature to fund schools at a rate lower that that which is required under Prop. 98. And it prohibits the legislature from ever suspending the funding requirement for roads and transportation as outlined in Prop. 42.

Prop. 77
1. It takes the redistricting process out of the hands of the people. The current redistricting process is already out of the hands of the people. The way things stand today, the state legislators who draw up the district boundaries have a direct interest in how those lines are drawn. In essence, we have candidates choosing their voters, instead of voters choosing their candidates. This is a clear conflict of interest. Under Prop. 77 a bipartisan panel of judges (with no direct interest in the outcome) will draw the lines based on legal criteria that the legislators have repeatedly ignored. Then those districts go to a vote of the people.

3. Minority voters will be disenfranchised. Actually, the court produced redistricting of 1991 demonstrates that when a non-interested party is in control of the process minority representation actually increases. Under the law, geographically contiguous neighborhoods and communities of interest should be kept together. However the Democrats have traditionally divided up ethnic communities in order to strengthen otherwise marginally Democratic districts. That is exactly what happened in 2001. And an example of the outcome is the fact that membership in the California Black Legislative Caucus is at an all time low.
_______________________

Now I know that there are many more lies being told by the liberal left. But I would be typing from now until after the election if I were to point them all out.

Why don’t you help me out? What are some of the lies you are hearing for the Lying Liars on the Liberal Left?