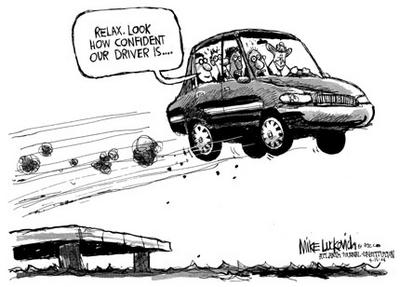 University of California Chancellors are a small step away from terminating their participation in the National Merit Scholarship program. And once again, testing is at the center of this move toward mediocrity.

According to the San Diego Union Tribune:

The chief concern, said UC San Diego Chancellor Marye Anne Fox, is that the competition is based on a single standardized test, which doesn’t match UC’s broader definition of merit.

“All our admissions and eligibility decisions are based on several criteria and this is a one-time, high-stakes test,” Fox said. “Many students aren’t even aware that the PSAT is the basis for the competition.”

And of course the test MUST BE FLAWED, because there is not enough diversity amongst the winners.

Among last year’s National Merit Scholars at UC, 3 percent were black, Latino or American Indian, according to UC research.

If barely half of Black, Latino and Native American students are graduating from high school in California, doesn’t stand to reason that there would be fewer of these students available to compete for these scholarships?

Once again, liberals and educrats are trying subvert the pursuit of excellence in and effort to make students feel better about themselves and create diversity. This year alone California policy makers have tried to eliminate the high school exit exam, include race as a factor for admission to college and limit textbook size to 200 pages. None of this does anything to promote academic excellence. And we wonder why our schools are the worst in the nation.

I want students to boost student confidence. And diversity is always a good goal. But promoting mediocrity is not the way to do it. I have an Idea…let’s prepare all students to compete on a level playing field. But I guess this is out of the realm of possibility.