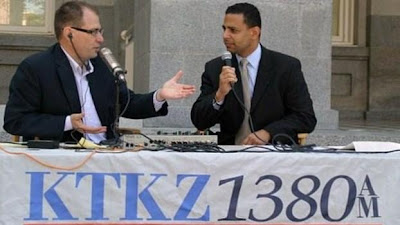 The 2010 race for Assembly District 5 is barely out of gate and one prominent Republican figure has already made his choice. “Craig is the real thing.” Declares Eric Hogue, host of The Captiol Hour on 1380 AM KTKZ, “He’s a conservative who not only talks the talk, but also walks the walk.”

Eric goes on to point out that few candidates for public office have been as involved as Craig in key issues affecting California. “Whether working in the halls of the Capitol, serving on his local school board or volunteering in the community, Craig’s commitment to conservative values is evident in all that he does.”

Hogue, Sacramento’s only remaining conservative radio talk show host stands out as an influential figure in the 2003 recall of Democratic Governor Gray Davis. And his noon talk show on 1380AM is one of the most listened to talk shows amongst capitol insiders and Sacramento area politicos. “I’m honored to have Eric’s support.” Said DeLuz. “He is the lone voice in Sacramento media for conservative values, and the fact that he has endorsed my campaign really means a lot to me.”

Craig is no stranger to KTKZ and has guest hosted the Capitol Hour numerous times. He also hosts a weekly internet radio program with his twin brother, David who is active in democratic politics. Their show airs on Fridays @ 11:30 am at DeLuzBrothers.com.