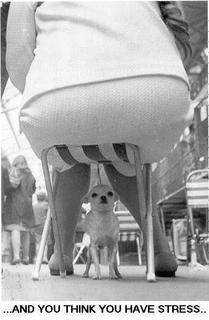 A Few Weeks ago in my post “Do You Support Prop. 73?” I included an excerpt from a commentary that completely misrepresented the initiative and what it did. Well thanks to pressure form those who know the truth, the author of that piece, Thomas Elias has sent a correction to the 79 clients who run his syndicated column.

The following is a press release issued this morning by the California Parent’s Rights Coalition:

SACRAMENTO — In a response to claims by the California Parents Rights Coalition that he blatantly lied to the California voters in his column about Proposition 73, syndicated columnist Tom Elias admitted his mistake and sent the following clarification to his 79 California newspaper clients.

“In a previous column, Proposition 73 was mistakenly referred to as a ‘parental consent’ measure, requiring consent from a judge or from parents of minor females seeking abortions. It is in fact a parental notification measure, requiring (with a few exceptions) written notice to parents at least 48 hours before such procedures.”

In a further statement, Mr. Elias claimed that “the error was made because I have frequently dealt with the entire issue of parental consent and simply misstated the measure.”

“Thanks to Mr. Elias contacting us, we now understand that he is not being paid for his opposition to 73,” said Matson Breakey, campaign coordinator for the coalition, “but his ‘misstatement’ was highly damaging to our efforts and created much confusion for voters.”

“We hope that he will take the time in future articles to research what he is writing about before he ‘mistakenly’ damages another organization or effort,” said Matson.

Mr. Elias wrote in a column that appeared in several California newspapers that Prop 73 required written permission from a parent or guardian. In actual fact, it only requires that a parent or guardian is notified of the impending abortion 48 hours before the procedure.

Honesty is not completely dead in the mainstream media…